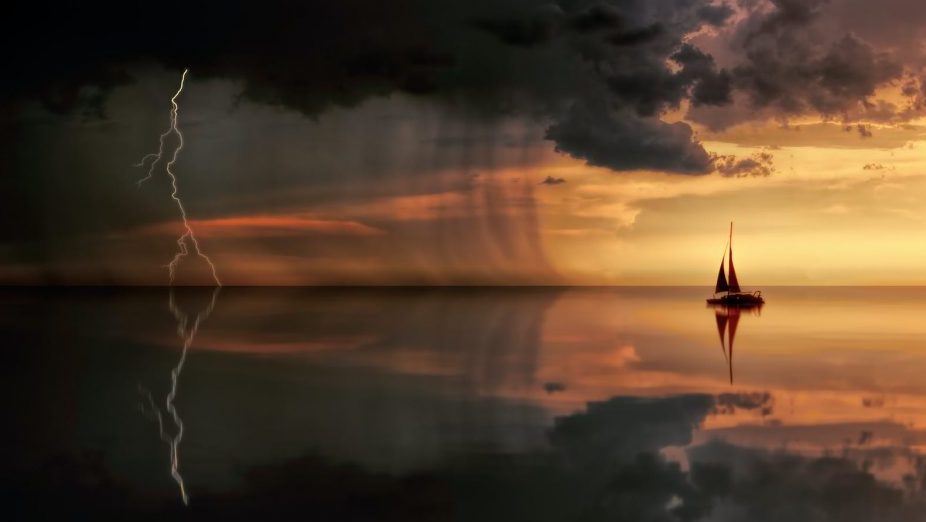 I thank God for you and I trust that this day will bring you more blessings as you meditate on the word God has given us today.

We have been talking about how to turn tragedy and suffering into triumph and victory in one’s life. We have established that until the issue of sin is solved, misery and suffering on the earth won’t cease. Sin is one of the main sources of tragedies and various curses on the earth. So God sent Jesus Christ to the earth to die for our sins and deliver us from the power of sin and the curse that rule in the deceitful world. Our Heavenly Father proved His love for us when He let His Son Jesus Christ to die on the Cross for our redemption.

“But God demonstrates His own love toward us, in that while we were still sinners, Christ died for us” (Romans, 5: 8).

So we see that sin is one of the sources of tragedies in the world. Dear reader, you can ease the suffering in the world by joining to the army of people who overcome evil by the power of love. Because of Moses’ correct decision, millions of Jews were saved from destruction. Because of your correct decision God can bless your family, your city, your country and the whole world.

If you haven’t accepted Jesus Christ as Your Lord and Saviour and you still lust for the wrong things, if you still resist God’s will and experience excessive appetite for sinful things and give in to impulses, – you need to know that by your life you multiply pain and suffering in this world.

Stop and ask God to forgive you; open your life for His divine power and love; ask Jesus into your heart and proclaim Him to be the Lord and Saviour of your life. And then you will become the instrument of God’s mercy, the source of ease, enlightenment and comfort for people in this world. It is only possible when you are in Christ and with Christ.

«Therefore, just as through one man sin entered the world, and death through sin, and thus death spread to all men, because all sinned… (..) For if by one man’s offense death reigned through the one, much more those who receive abundance of grace and of the gift of righteousness will reign in life through the One, Jesus Christ» (Romans, 5:12, 17).

The Kingdom of death has its beginning in sin. Death here does not mean momentary ceasing of physical life, but gradual destruction of a person that is separated from the life of the Creator. Spiritual death is taking away of the glory (protection) of God that is caused by sin and disobedience.

Death is the loss of the very presence of God that is necessary for wholesome human living. When sin first entered the world through Adam and Eve, they suddenly saw that they were naked and hid from God.

«So when the woman saw that the tree was good for food, that is was pleasant for the eyes, and a tree desirable to make one wise, she took of its fruit and ate. She also gave to her husband with her, and he ate. Then the eyes of both of them were opened, and they knew that they were naked; and they sewed fig leaves together and made themselves covering. And they heard the sound of the LORD God walking in the garden in the cool of the day, and Adam and his wife hid themselves from the presence of the LORD God among the trees of the garden. Then the LORD God called to Adam and said to him, „Where are you?”» (Genesis, 3:6-9).

The glory that had been their covering disappeared, because sin had entered their life and they became vulnerable and open to curse and evil. Sin gave birth to evil. The first one who had sinned was Satan; thus all evil has its beginning in Satan.

We will talk about it tomorrow!

“Put to death your body”- means letting the resurrected life that dwells in you spring its roots. By feeding our old sinful nature we strengthen it and as a result of this the sinful nature prevails the resurrected life inside us. In opposite, when thinking about things that are above ans seeking those things we enable ourselves to celebrate a victory over sin and the old nature.

Quite often, when somebody hears that he has to put his body to death he says to himself: “I can´t do it!” This is the voice of your old nature. Though, let me share the good news with you – the Bible says, when Christ reveals Himself so will you in His glory, and your new life will be transformed into abundant life. If we have fellowship with God, seek things that are above and reason about Him, then Christ will definitely reveal Himself in our life.

Every one of us desires to see God in our lives – strong and mighty God. It is important for us how God sees us and what He sees in us and in our hearts. I was born to meet needs of other people.

The Bible says, that faith comes by hearing, and hearing by the word of God. What shall I do when I feel my prayer doesn´t work well. Shall I read a book about upsurge and healing, or listen to a sermon about liberation from curse, maybe I should blame devil and demons for all failures of my praying life. It´s them who set obstacles for me. Quite often people blame devil for all failures in their life. When I listen to the sermons constantly focusing on satan and demons I ask myself, whom are we preaching and whom are we glorifying? Read gospels to see what Jesus said to the demon. He said: “leave him” then continued his way. It´s not a satan fault that you don´t practise praying.

Here is one of the reasons why we can’t grow spiritually if we do not serve others. If we do not serve we become like those who only receive and not give out. Sooner or later such a person starts to stink spiritually. Look at any body of water that water flows into but doesn’t flow out of. After some time this water becomes stagnant and lifeless.

«And behold, a woman of Canaan came from that region and cried out to Him, saying, “Have mercy on me, O Lord, Son of David! My daughter is severely demon-possessed.” But He answered her not a word» (Mathew, 15: 22-23).
At the time when a woman from Canaan was following Jesus and asking for help, His disciples were telling her to leave. That is what I call a human factor.

«Let no man say when he is tempted, “I am tempted by God,” for God can’t be tempted by evil, and he himself tempts no one. But each one is tempted, when he is drawn away by his own lust, and enticed. Then the lust, when it has conceived, bears sin; and the sin, when it is full grown, brings forth death. Don’t be deceived, my beloved brothers. Every good gift and every perfect gift is from above, coming down from the Father of lights, with whom can be no variation, nor turning shadow.» (James 1:13-17).

This site uses Akismet to reduce spam. Learn how your comment data is processed.

No products in the cart.